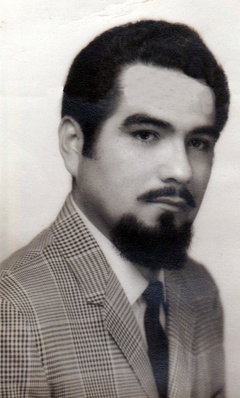 Jose Ines Flores, 82 of Lubbock passed away Wednesday April 29, 2015. A rosary will be Sunday, May 3, 2015 at 7 p.m. in Calvillo Funeral Home Chapel. Funeral Mass will be held Monday, May 4, 2015 at 10:00 a.m.  at St. Joseph’s Catholic  Church with Father Martin Pina officiating. Cremation services will be under the direction of Calvillo Funeral Home.

Jose was born January 21, 1933 in Charlotte to the late Satornino and Apolonia Flores.  He married Ida Dominguez in 1980. He was a Catholic, and entered the United States Army on September 7, 1955 and was honorably discharged on August 19, 1957. He was a handy man, being a mechanic his hobbies included building and repairing. He also had a green thumb for gardening.

He was preceded in death by three brothers Pete Flores, Jesse Flores and Max Flores; a son Jamie Flores.

To order memorial trees or send flowers to the family in memory of Jose Flores, please visit our flower store.