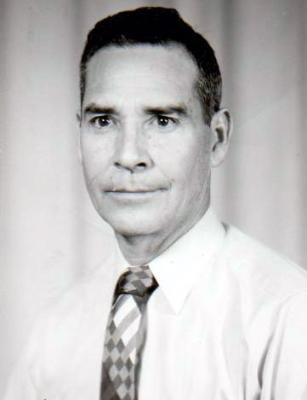 Visitation Information:
Prayer Service will be at 7:00 pm Thursday at Calvillo Funeral Home.

Obituary:
Prayer services for Jose Lucero, 96 of Lubbock, who passed away on Sunday, June 1, 2014, will be today, at 7 PM at Calvillo Funeral Home Chapel. Funeral services will be on Friday at 10 AM at Primera Iglesia Bautista, 301 N. Sherman with Pastor Eloy Felan officiating. Burial will be at Peaceful Gardens Memorial Park under the direction of Calvillo Funeral Home and Chapel.

Jose was born on August 27, 1917 in Fort Sumner, New Mexico to the late Pascual and Antonia Lucero. He married Maria Quiroz on November 14, 1948 in Hale Center. She preceded him in death on August 7, 2008. He was a decorated United States Army veteran, serving during World War II and recipient of a Bronze Star. Jose was a charter member of Primera Iglesia Bautista and faithfully served as honorary deacon.

In lieu of flowers, the family suggests memorial donations be made to Primera Iglesia Bautista, P. O. Box 5247 Lubbock, TX 79415

To order memorial trees or send flowers to the family in memory of Jose Lucero, please visit our flower store.