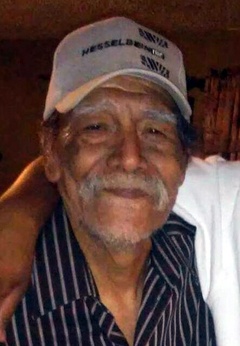 Jose Adan Marmolejo, 71 passed away Tuesday, December 29, 2015 at his residence.  Service & viewing for Mr. Marmolejo will be 7:00 pm Wednesday, January 6, 2016 at Calvillo Funeral Chapel.  Arrangments were made under the direction of Calvillo Funeral Home.

Jose was born August 3, 1944 in Alamo to Jose & Margarita Marmolejo.  After getting his GED, he went on to receive his certification as a Mechanic from Amarillo Collge.  He then worked as a mechanic for most of his life and enjoyed working on cars and collecting antiques.

To order memorial trees or send flowers to the family in memory of Jose Marmolejo, please visit our flower store.