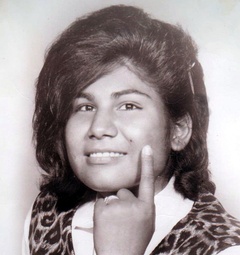 Josefina went to be with the Lord on Friday, February 5, 2016. She was born on July 13, 1947 in Hooper, Michigan to Benito and Candelabra Mojica.

Josefina's hobbies were to color, knit and gamble. She was a catholic.

She is preceded in death by her brothers and sisters Amelia Rios, Pedro Mojica, Antonio Posada, Rita Belmares, and San Juanita Mojica.

To order memorial trees or send flowers to the family in memory of Josefina Martinez, please visit our flower store.