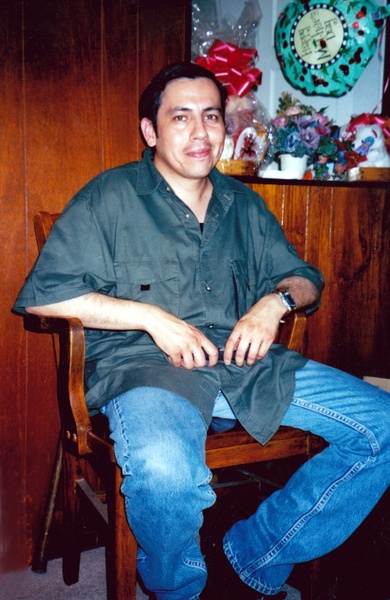 Visitation for Jose “Joe” Reyes Cadena 54, of Lubbock will be from 1:00 p.m. to 8:00 p.m. on Tuesday, January 18, 2022, with a rosary beginning at 6:00 pm the same day, at Calvillo Funeral Home Chapel-Lubbock.  Funeral Mass will be held on Wednesday, January 19, 2022, at St. Elizabeth’s Catholic Church. Full military honors burial will follow at City of Lubbock Cemetery under the direction of Calvillo Funeral Home.

Mr. Cadena was called to be with the Lord, Thursday, January 6, 2022. He was born on February 10, 1967, in Lubbock to Jose and Elida Cadena. He graduated from Lubbock High School in 1985. Joe was an army veteran rank (SPC/E-4), serving from 1986 to 1993, his job being a Cannon Crewmember-13B. He also served during the invasion of Panama codename “Operation Just Cause”. Joe also graduated from American Commercial College in 1995 with a degree in Computer Maintenance and Electronic Technology.  He was employed with Office Max for fifteen years (1997-2012) and later employed with Alderson Cadillac from 2013 to 2022 as warehouse parts stocker. In his spare time, he enjoyed listening to rock music, watching classical movies, sports, and was an avid Oakland Raiders fan. However, his greatest joy in life was spending time with his family, focusing on, and taking care of his parents was his passion. Joe will be greatly missed by all who knew and loved him.

To order memorial trees or send flowers to the family in memory of Jose "Joe" Cadena, please visit our flower store.