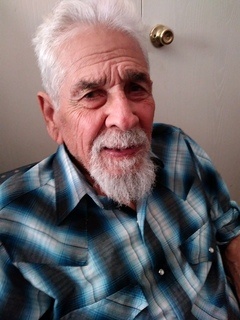 Juan was born February 8, 1934 in Falls City to Lupe & Acencion Menjares.  He married Benita Rodriguez on January 18, 1958 in Haskell, Texas and worked as a farmer for most of his life.  Farming took him many places doing what he enjoyed most which was picking cotton in Texas, tomatoes in California and his favorite; oranges in Florida.  He also enjoyed working on engines, feeding the birds and working in his yard.  Juan was known for having a comb wherever he went making sure his hair was always combed and he loved pairing Coca-Cola with his pan dulce.  Above all, Juan loved spending time with his family and will be missed dearly.

To order memorial trees or send flowers to the family in memory of Juan Menjares, please visit our flower store.