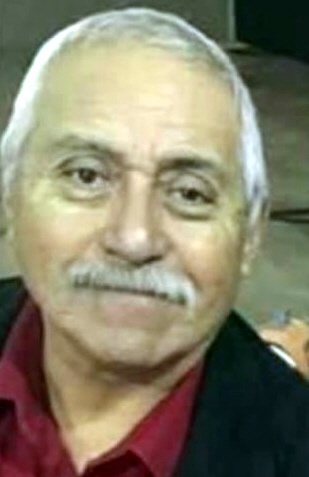 Juan Salazar was called home to meet his Creator on Friday, October 2, 2020. He was born on October 16, 1956 in Lubbock, Texas to the late Manuel Sr. and Victoria (Lopez) Salazar. Juan in his early years in school, took mechanic classes, and in his later years opened his own mechanic shop. He worked as a driver for Oasis nine and a half years up until his illness. His first and most important thing in his life was serving God. His passion was talking about God and how grateful he was that God rescued him from his past drug addiction. Juan was a member and a strong pillar at Templo Bethal in Lamesa, TX, where he enjoyed doing the lawn care of his church alongside his wife. He married Ernestina Castro in August of 2004. Juan was a funny character, where if he didn’t agree with you he’d tell you to “Get out of town.” He will be loved and will be missed by all who knew him.

He is preceded in death by his parents; two daughters Lisa Salazar and Amy Salazar; two brothers Jose Salazar and Isabel Salazar; and sister Angela Caudillo.

As per his request there will be a closed casket. Visitation will begin 10:00am-12:45pm, Monday, October 5, 2020. with funeral services beginning at 10:30am on the same day with Rev. Jessie Salazar officiating.  Processional to the graveside at Peaceful Gardens Memorial Park will begin at 12:30 pm under the direction of Calvillo Funeral Home.

To order memorial trees or send flowers to the family in memory of Juan Salazar, please visit our flower store.