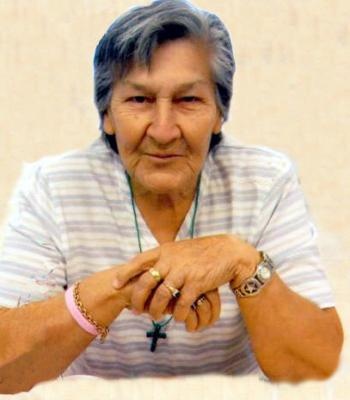 Obituary:
Juanita Lovato, 72 passed away February 22, 2013 at Texas Specialty Hospital. Services for Mrs. Lovato will be 10:00 am Friday, March 1, 2013 at St. Patrick's Catholic Church with Monsignor Jim O'Connor officiating. Burial will follow at Peaceful Gardens Memorial Park under the direction of Calvillo Funeral Home. There will be a rosary held 7:00 pm tonight at Calvillo Funeral Home.

Juanita was born May 6, 1940 in Nixon to late Sam and Delfina Garza. She married the late Trinidad Lovato Sr. (11/99) on May 19, 1957 in Lubbock. She enjoyed attending game rooms and spending time with her grandchildren and great grandchildren.

She is prceded in death by her husband, Trinidad Lovato Sr; one brother, Florencio Garza; one granddaughter, June Dominguez.

To order memorial trees or send flowers to the family in memory of Juanita Lovato, please visit our flower store.