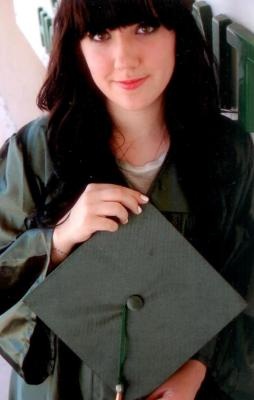 Obituary:
Kayla Lewis, 19 passed away Sunday, June 23, 2013 at her residence. Services for Miss Lewis will be 10:00 am Monday, July 1, 2013 at Cowboy Church of the South Plains with Pastor Ray Perryman officiating. Burial will follow at Peaceful Gardens Memorial Park under the direction of Calvillo Funeral Home. Family will accept friends at 7:00 pm Sunday, June 30, 2013 at Calvillo Funeral home.
Kayla was born April 9, 1994 in Lubbock to Jerry Vaughn Lewis and Kay Cross. She graduated from Richard Milburn Academy in May and planned to attend South Plains Cosmetology Course in the fall. Other hobbies she enjoyed was taking photographs and being a mother to Autumn.
She is survived by her father, Jerry Vaughn Lewis of Lubbock; her mother, Kay Cross of Lubbock; one daughter, Autumn Blaize Reyes of Lubbock; one brother, Kenneth Cross of Lubbock; three sister, Ashley Brazil, Cassie Barbee both of Weatherford, Jerie Lewis of Lubbock; six aunts, Diane Bagwell, Sue Dennis, Kay Jackson, Shirley Cogdill, Janet Duncan all of Lubbock, Debbie Ivey of Amarillo.

To order memorial trees or send flowers to the family in memory of Kayla Lewis, please visit our flower store.