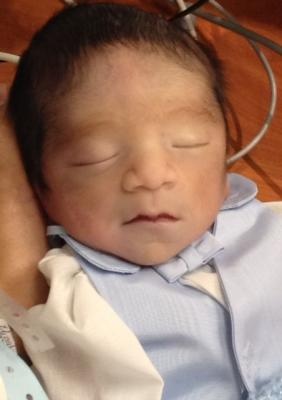 Kevin was born on January 18, 2013 in Lubbock to Kevin & Elizabeth Mireles Mendoza Sr. Though he didn't live long, the short memories he made will forever have an impact on his family.

To order memorial trees or send flowers to the family in memory of Kevin Mendoza Jr, please visit our flower store.