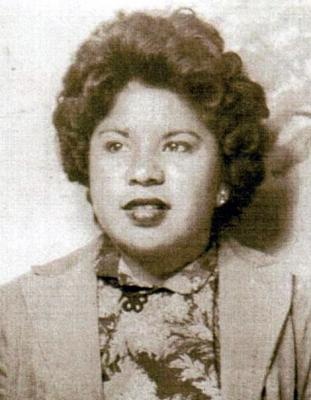 Obituary:
Viewing for Laura H. Rendon 74 of Lubbock will be Tuesday August 18, 2014 from 1-9PM at Calvillo Funeral Home Chapel. Funeral services will be held on Thursday at 10 AM at Calvillo Funeral Home Chapel. Burial will be in Peaceful Gardens Memorial Park under the direction of Calvillo Funeral Home and Chapel.
Mrs. Rendon went to be with the lord on Sunday August 17, 2014. She was born on January 1, 1940 in San Diego, Texas to the late Zaragosa and Olivia Rendon. She married Lupe Rendon in May of 1962.
She retired from Reese Air Force Base after 18 years of civil service and then went to work at University Medical Center for 5 years. She loved playing card and knitting.
She is preceded in death by two brothers Horacio Hernandez and Carlos Cantu a sister Alicia Quintanilla.
Survivors include her husband Lupe Rendon of Lubbock, a son Ricky and wife Mary Rendon, two brothers Frank Hernandez of Poth, Texas and Zaragoza Hernandez of Hobart, Oklahoma, four sisters Janie Hernandez and Lydia Torrez both of Willis, Texas Olivia Saenz and Andelina Barrientes both of San Diego, Texas 3 grandchildren and 4 great grandchildren

To order memorial trees or send flowers to the family in memory of Laura Rendon, please visit our flower store.