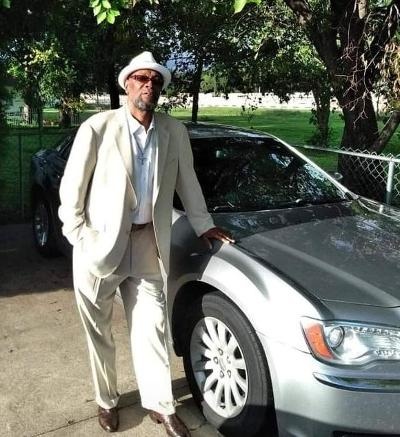 The family of Lawrence Titues, 64 of Lubbock will receive friends and family on Thursday, February 3, 2022, from 5:00 p.m.-7:00 p.m. at Calvillo Funeral Home Chapel. A Celebration of Life will be held Friday, February 4, 2022, at 11:00AM at First Progressive Baptist Church with Pastor Deshun Avery officiating and Tony Kennard as the Active Deacon.  Burial will follow in City of Lubbock Cemetery.

Lawrence Titues went home to be with the Lord on Friday morning, January 28, 2022. Lawrence’s life began on July 20, 1957, to the late Bessie Titues (2011) and Lawrence Henry (1995).  As a young man, he received his education from Iles Elementary and Estacado High School.  His work career started here in Lubbock at A-1 Automotive Transmission.

He was known to his friends as “Big L” and his family called him “Baby Lawrence” which he never appreciated.  He cherished the early life friendships he developed, which were carried over to his adult life.

Lawrence relocated to Fort Worth, where he met Karen Oliver, they were married in 1987 and in 1990 they became the proud parents of a son Lawrence Dijon Titues Jr. For many years Lawrence worked as an air conditioner installer. He also worked as a medical transporter; daily assisting seniors with transportation to and from scheduled medical appointments. He loved the daily interaction he had with seniors and the opportunities he had to brighten up their day and listen to what was going on in their lives. They also encouraged him.

He valued over the years returning home to visit with family and friends for the holidays. He had a special way of interacting with younger children in the family. He enjoyed cooking and bragging about how tasty his food was. Playing cards, dominos, and was an avid fan of The New England Patriots football team.

In June of 2021 Lawrence returned home to Lubbock after residing for thirty years in Fort Worth.

His family will always remember how he always had starched jeans, enjoyed looking good, and how he was great at teasing and working other nerves. Lawrence will be greatly missed by all who knew and love him.

To order memorial trees or send flowers to the family in memory of Lawrence Titues, please visit our flower store.