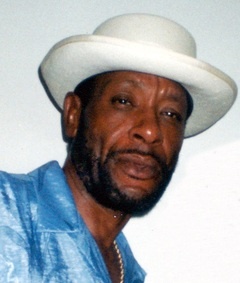 Services for Lommie Humphrey, 63 of Lubbock will be held 11am, Friday, March 9, 2018 at First Progressive Baptist Church with Pastor Deshun Avery officiating. The family will receive family and friends, Thursday from 5p.m.- 7p.m. at Calvillo Funeral Home Chapel. Burial will follow in The City of Lubbock Cemetery under the direction of Calvillo Funeral Home.

Mr. Humphrey was called to be with the lord on Thursday, March 1, 2018. He was born on March 31, 1954 to the late Bessie Titiues (2011).  As a young man he played football for Lubbock Estacado High School and later graduated in 1973. He enjoyed playing dominoes, watching sports and his hobbies included building race cars and working on crafts.

He is preceded in death by his mother, Bessie Rainey; two brothers, Bobby Humphrey, Donald Humphrey.

Survivors include his daughter Marshonna Humphrey Cleaver Camper and husband John of Lubbock; two brothers, Lawrence Titias of Ft. Worth, Dwyght Rainey of Virginia; two sisters, Mary Mitchell and Winona Wellington both of Lubbock and a granddaughter Morgan Jewell Camper of Lubbock.

To order memorial trees or send flowers to the family in memory of Lommie Humphrey, please visit our flower store.