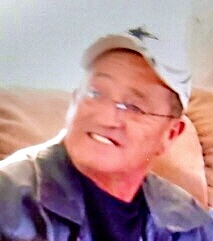 Viewing and visitation for Louis A. Mora Jr., 76, of Lubbock will be from 11:00 a.m. to 8:00 p.m., Wednesday, May 5, 2021 at Calvillo Funeral Home Chapel-(Lubbock) with a rosary beginning at 6:00 pm. the same day.  Cremation arrangements were made under the direction of Calvillo Funeral Home and Chapel.

Louis left to join his Lord and Savior on Sunday, May 2, 2021.  He was born October 24, 1944 in Des Moines, Iowa to the late Louis Sr. and Benita Mora. Louis was catholic. He enjoyed gardening and was an excellent landscaper. Louis was also an avid football fan, he was a true fan of The Dallas Cowboys and Texas Tech Red Raiders. His family will always remember and cherish the memories Louis gave them and he will not be forgotten.

Preceding him in death are his parents Louis Sr. and Benita Mora; sisters Angelina Salaz and Janie Cavazos; a granddaughter Evageline Janie Martinez and a previous spouse Olivia Mora.

To order memorial trees or send flowers to the family in memory of Louis Mora Jr., please visit our flower store.