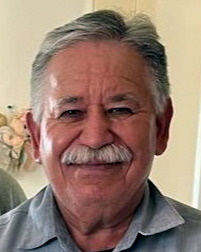 Louise was born June 19, 1955, to Marcial (2014) and Genoveva Salinas in Lamesa, Texas. He was a 1974 graduate of Tahoka High School. On January 18, 1986, he went onto marry Silvia Lopez in Tahoka. Louise worked numerous years for oil companies maintaining oil wells. In his spare time, he enjoyed bar-b-quing, watching football, playing cards and doing arts and crafts. His family will always remember how Louise had the kindest heart, was a giving person and always saw the best in people. He will be greatly missed by all who knew and loved him.

He is preceded in death by his father Marcial Salinas.

To order memorial trees or send flowers to the family in memory of Louise H. Salinas, please visit our flower store.