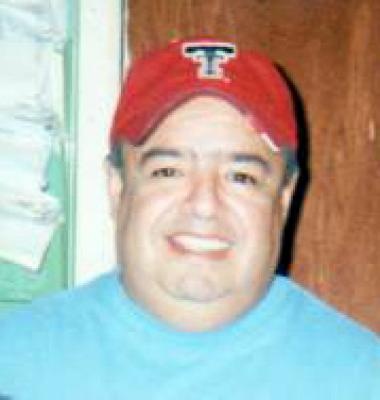 Obituary:
Luis O. Velez, 57 passed away Tuesday, April 8, 2014 at University Medical Center. Memorial Mass for Mr. Velez will be 3:00 pm Friday, April 11, 2014 at San Ramon Catholic Church with Father Rene Perez officiating. Cremation arrangements were made under the direction of Calvillo Funeral Home. There will be a rosary held 7:00 pm tonight at San Ramon Catholic Church.
Luis was born September 4, 1956 in Lubbock to Rogelio & Ruperta Velez. He graduated from Lubbock Cooper in 1976. He worked for Albertson's Supermarkets for many years and for the Lubbock Sherriff's Department as a jailer before retiring in 2012. He enjoyed playing guitar, billiards, fishing and spending time with family and friends.
He is survived by his wife, Amy Velez of Lubbock; two sons, Michael & Beth Velez, Ryan Velez all of Lubbock; one daughter, Diana Velez of Lubbock; one brother, Roy and Carmen Velez of Lubbock; three sisters, Tina & Eddie Narvaiz, Irma & Fernando Acebedo, Rosie & Luis Vidales all of Lubbock; two grandchildren; and a host of nieces and nephews.
He is preceded in death by his parents, Roy & Ruby Velez; one brother, Jose Alfredo Velez; one sister, Sylvia Camargo; two nephews Freddy Velez, Andrew Velez.

To order memorial trees or send flowers to the family in memory of Luis Velez, please visit our flower store.