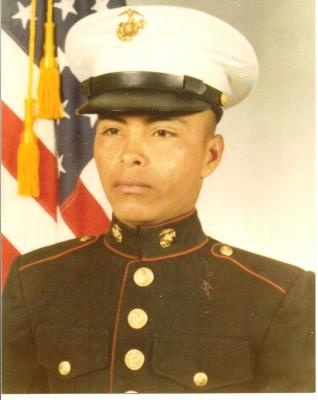 Obituary:
Rosary for Lupe R. Garcia, 56 will be today at 6;30 PM at Calvillo Funeral Home Chapel. Mass will be celebrated on Friday at 10 AM at Our Lady of Guadalupe Catholic Church in Slaton with Father Chacko Thadathil officiating. Military graveside services will be in Englewood Cemetery under the direction of Calvillo Funeral Home and Chapel.

Lupe went to be with the Lord on Sunday January 20, 2013. He was born on November 12, 1956 in Slaton to the late Anselmo Sr. (1973) and Romana Garcia (1994). He was a Weapons Specialist in The United States Marine Corp, before becoming disabled during his service. He was a Catholic. He moved to Lubbock in 2000 coming from Slaton.

To order memorial trees or send flowers to the family in memory of Lupe Garcia, please visit our flower store.