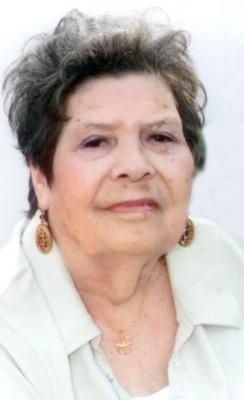 Visitation Information:
A Rosary will be held at Calvillo Funeral Home and Chapel Tuesday April 9, 2013 at 7:00 p.m.

Obituary:
Maria Luisa Salazar-Barron, 76 passed away Saturday, April 6, 2013 at Covenant Lakeside. Services for Mrs. Barron will be 10:00 a.m. Wednesday, April 10, 2013 at St. Patrick's Catholic Church with Monsignor James O'Connor officiating. Burial will follow at Lamesa Cemetery under the direction of Calvillo Funeral Home. There will be a rosary held 7:00 pm Tuesday April 9, 2013 at Calvillo Funeral Home.

Maria was born August 25, 1936 in Escobedo Coahuila, Mexico to Merced and Gertrudis Lopez. She married the late Esteban Salazar (1981) on December 28, 1955 in PiedrasNegras, Mexico. She was a homemaker who along with the fact that she loved when all of her family got together; she enjoyed playing lotteria with her children and grandchildren every Wednesday. She also enjoyed listening to mariachi music and was a catholic.

To order memorial trees or send flowers to the family in memory of Maria Salazar-Barron, please visit our flower store.