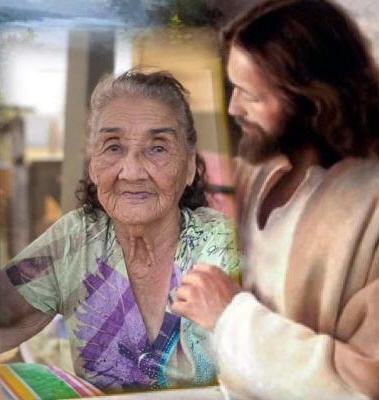 Visitation for Maria E. Salinas 92, of Abernathy will begin at 10:00 a.m., Wednesday, April 14, 2021, with a rosary beginning at 7 p.m., the same day at her residence 1107 Ave. F. Abernathy, Texas 79311.  A Funeral Mass will be celebrated at 10:00 a.m., April 15, 2021 at St. Isidore Catholic Church in Abernathy, Texas with Father Brian Wood officiating. Cremation arrangements were made under the direction of Calvillo Funeral Home and Chapel.

Mrs. Salinas was called to be with the Lord, Monday, April 12, 2021. She was born on September 22, 1928 in Robstown, TX to the late Librado and Leonor Esparza. In 1944, Maria married Gergorio Salinas in Robstown, TX. She worked as a housekeeper in the Hotel Industry for numerous years before retiring. In her spare time Maria, enjoyed gardening and cooking. She enjoyed shopping especially at Goodwill stores and Flea Markets, she was known to her family as a great scavenger hunter. She also found joy in her treasured wall pictures and spending time with her puppies. However, her greatest joy in life was spending time with her family. Her memory will forever be cherished in the hearts of all who knew her.

She is preceded in death by her parents Librado and Leonor Esparza; her husband Gregorio Salinas; three sons; Polo Salinas, Emilio Salinas, and Gabriel Salinas.

To order memorial trees or send flowers to the family in memory of Maria Salinas, please visit our flower store.