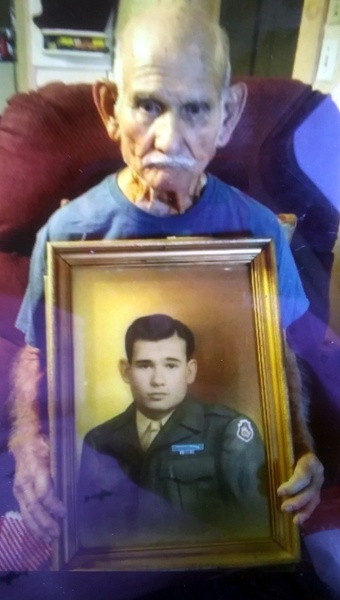 Martin B. Hernandez, 94, passed away Wednesday, June 19, 2019 in Lubbock.  Services for Mr. Hernandez will be 10:00 am Saturday, June 22, 2019 at Our Lady of Grace Catholic Church with Father James McCartney officiating. Burial with Military Honors will follow in Peaceful Gardens Memorial Park under the direction of Broadway Funeral Directors.  A rosary will be held 7:00 pm Friday, June 21, 2019 at Broadway Funeral Directors with a viewing starting at 10:00 am.

Martin was born January 31, 1925 in Austwell, Texas to Felipe and Faviana Hernandez. He married Janie Rincon on February 19, 1969 in Lubbock.  She preceded him in death on July 28, 2013.  He joined the Army in 1943 and served honorably during World War II.  He worked as a roofer with Texas Roofing and was a jack of all trade. He enjoyed using his hands doing woodwork, building and mainly anything that would keep him working hard; yet being a hard worker and provider never took him away from what he enjoyed the most; spending time with his family.

To order memorial trees or send flowers to the family in memory of Martin Hernandez, please visit our flower store.