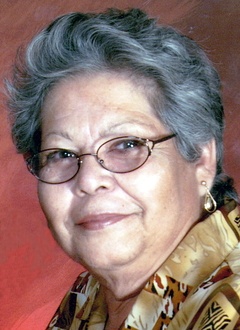 Prayer services for Mary Alice Ramirez 67 of Lubbock will be Thursday, June 8, 2017 at 7 PM at Calvillo Funeral Home Chapel. Funeral services will be held on Friday, June 9, 2017 at 2 PM at Freedom Baptist Church with Rev. Jerrod Baker officiating. Burial will be in Peaceful Gardens Memorial Park under the direction of Calvillo Funeral Home and Chapel.

Mrs. Ramirez was called to be with the Lord on Sunday, June 4, 2017. She was born on August 13, 1949 in San Angelo,Texas to the late Pete and Santos Zavala. She married Paul Ramirez on March 13, 1965 in Lubbock. She was a insurance clerk for Lubbock Aid Ambulance for over 19 years. She attended and graduated from American Business College in 1977. She loved to groom her pets, often making the family laugh because she would leave some spots under shaved. She had two cats that she loved that were named Who Am I and What's My Name often making the neighbors wonder if she was crazy for yelling out at them to be fed.She loved to laugh and spend time with her family.

To order memorial trees or send flowers to the family in memory of Mary Ramirez, please visit our flower store.