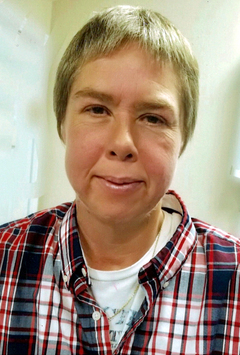 Mona was born June 13, 1970 in Albuquerque, New Mexico to James Boyd and Ida Melissa Reece Carter.  She enjoyed playing skip bo, reading, learning, going to school and being active in the feminist groups. Mona later went on to receive her Bachelor of Science in Human Development and in Family Science at Texas Tech on May 10, 2008.

She is preceded in death by her mother Ida Melissa Reece Carter on October 4, 2007.

To order memorial trees or send flowers to the family in memory of Mona Carter, please visit our flower store.