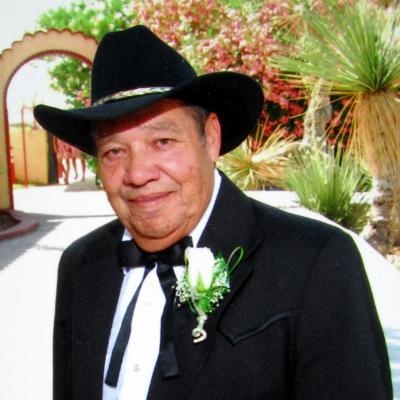 Obituary:
Nazario Vidaurre, 72 went to be with Lord on Monday, February 17, 2014 at Covenant Medical Center. Memorial services for Mr. Vidaurre will be 10:00 am Friday, February 21, 2014 at Our Lady of Guadalupe Catholic Church in Lubbock with Father Andres Mendoza officiating. Burial will follow at Englewood Cemetery in Slaton under the direction of Calvillo Funeral Home. There will be a rosary held at 7:30 pm tonight at Calvillo Funeral Home.
Nazario was born July 28, 1941 in Brownfield to Pablo and Celia Vidaurre. He married Andrea Zapata on July 5, 1962 in Slaton. He worked as a supervisor for Farmers Coop for 36 years before retiring and then worked for Durham Transportation for four years. He was a caring and loving man who was always happy, smiling and never had a bad day. He always enjoyed telling jokes, making people laugh and spending time with family and grandchildren. He was a father figure to many.
He is survived by his wife of 51 years, Andrea Vidaurre of Lubbock; his mother, Celia Vidaurre of Lubbock; three sons, Nazario Vidaurre Jr. of Virginia, Andrew Vidaurre, Joel Vidaurre both of Lubbock; two daughters, Anita Vidaurre, Cissy Vidaurre both of Lubbock; one sister, Olivia Rosales of Lubbock; eleven grandchildren, five great grandchildren.
He is preceded in death by his father, Pablo Vidaurre; three brothers, Thomas Vidaurre, Paublino Vidaurre, Gilbert Vidaurre Sr.; one sister, Eva Rosales.

To order memorial trees or send flowers to the family in memory of Nazario Vidaurre, please visit our flower store.