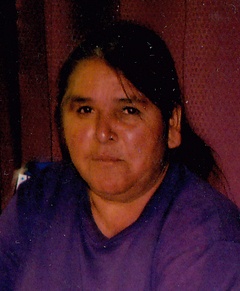 Olga Soto, 67, passed away Sunday, January 21, 2018 in Lubbock.  Funeral Mass for Mrs. Soto will be 10:00 am Wednesday, Janaury 24, 2018 at St. Jude Catholic Church with Father John Stephens Rathinam officiating.  Burial will follow in Nevels Cemetery under the direction of Calvillo Funeral Home.  A rosary will be held 7:00 pm Tuesday, January 23, 2018 at Calvillo Funeral Chapel in Tahoka.

Olga was born January 13, 1951 in Mexico to Jose & Catalina Olvera.  She married Trinidad Soto on June 30, 1968 in Mexico and loved cooking, traveling and spending time with her family and grandchildren.

She is preceded in death by two brothers, Gabriel Olvera, George Olvera; one sister, Manuela Olvera

To order memorial trees or send flowers to the family in memory of Olga Soto, please visit our flower store.