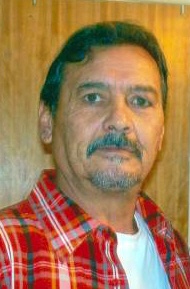 Oscar Cedillo Mata, 61 passed away Monday, December 7, 2015 at University Medical Center.  Services for Mr. Mata will be 10:00 am Thursday, December 10, 2015 at St. Theresa Catholic Church with Father John Ohillg officiating.  Burial will follow at Peaceful Gardens Memorial Park under the direction of Calvillo Funeral Home. Family will have a rosary 7:00 pm tonight at Calvillo Funeral Chapel.

Oscar was born September 26, 1954 in Ralls to Regino & Isabel Mata.  After graduating high school, Oscar married Norma Alicia Pena on May 19, 1976 in Lubbock.  He worked in construction for most of his life and enjoyed watching Texas Tech and the Dallas Cowboys.  His greatest moments though were spent with his family & grandkids whom he loved dearly.

He is preceded in death by his parents and one brother, Regino Mata Jr.

To order memorial trees or send flowers to the family in memory of Oscar Mata, please visit our flower store.