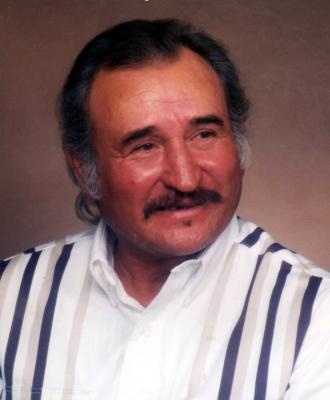 Visitation Information:
Viewing will be from 4pm to 9pm Thursday, December 26, 2013

Friday December 27, 2013 - Special words of encouragement from 6pm to 7pm
Rosary will start at 7pm

Obituary:
Special words for Pajedes Jose Soto 70 of Lubbock will be today at 6 PM with a rosary to follow at 7 PM at Calvillo Funeral Home Chapel. Funeral mass will be celebrated on Saturday December 28, 2013 at 10 AM at St. Joseph's Catholic Church with Father Martin Pina officiating. Burial will be in The City of Lubbock Cemetery under the direction of Calvillo Funeral Home and Chapel.
Mr. Soto passed away on Monday December 23, 2013 in Lubbock. He was born on August 15, 1943 in Floresville, Texas to the late Jacinto and Pasquala Soto. He married his love of his life Esperanza M. Salazar after 27 years of being together on December 16, 2013.
He was raised in New Deal and then moved to Lubbock where he retied from the City of Lubbock Parks and Recreation Department where he was a parks maintenance employee. He loved music , where often he loved to play his guitar and gardening.
He is preceded in death by a sister Minnie Ontiveros in 1988 and a granddaughter Brianna Gomez in 2013.
Survivors include his wife Esperanza Soto of Lubbock, a grandson that he raised as a son, Byron Garcia of Lubbock, two step daughters Debra Garcia and Veronica Garcia both of Lubbock, three brothers Neto Soto, Manuel Soto and Alex Soto all of Lubbock, two sisters Teresa Soto and Maria Cedillo both of Lubbock, four grandchildren, three great grandchildren a niece and three nephews.
Pallbearers will be Jimmy Zuniga, Elias Hernandez Jr, Byron Garcia,Adrian Ontiveros,Alex Soto,Maurice Villanueva,David Miranda and Roman Morales.

To order memorial trees or send flowers to the family in memory of Pajedes Soto, please visit our flower store.