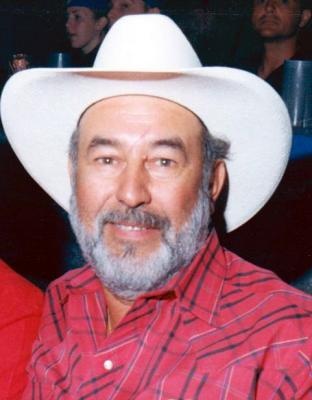 Visitation Information:
Rosary will be held Tuesday, March 26, 2013 at 7:00 at Calvillo Funeral Home and Chapel

Obituary:
Frank "Pancho" Lopez, 66 passed away Sunday, March 24, 2013 at Covenant Medical center. Services for Mr. Lopez will be 10:00 Am Wednesday, March 27, 2013 at St. Joseph's Catholic Church with Father Martin Pina officiating. Burial will follow at City of Lubbock Cemetery under the direction of Calvillo Funeral Home. There will be a rosary held 7:00 pm Tuesday at Calvillo Funeral Home.

Frank was born August 7, 1946 in Mathis to Tiofilo and Santos Lopez. He married Dominga Gomez on October 1, 1965 she later passed away on August 16, 1990. He then married Lida Gatica on August 16, 2005 in Lubbock. He worked as a truck driver for many years and was a catholic.

He is preceded in death by his former wife, Dominga G. Lopez; his oldest son, Juan Lopez; one brother, Lupe Lopez

To order memorial trees or send flowers to the family in memory of Pancho Lopez, please visit our flower store.