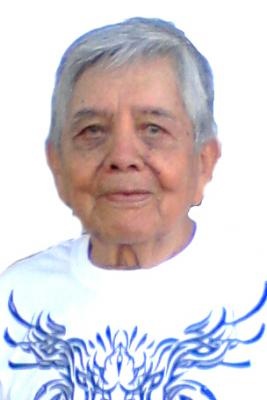 Visitation Information:
Rosary will be 7:00 Wednesday at Calvillo Funeral Home

Obituary:
Pedro "Shorty Arredondo, 79 passed away Tuesday, April 2, 2013 at his residence surrounded by his family. Services for Mr. Arredondo will be 2:00 pm Friday, April 5, 2013 at Trinidad United Methodist Church with Pastor Vernade Munoz officiating. Burial will follow at Peaceful Gardens Memorial Park under the direction of Calvillo funeral Home.

Pedro was born April 14, 1933 in Cameron to Jose and Florencia Arredondo. He married Janie Lucero on November 15, 1969 in Lubbock. He worked for LT Kincer Company for many years before retiring and enjoyed watching the Astros and working around his home.

He is preceded in death by his parents; three sisters, Cata Torres, Chelo Bela, Guadalupe Lara; one brother, Esteban Lara.

To order memorial trees or send flowers to the family in memory of Pedro Arredondo, please visit our flower store.