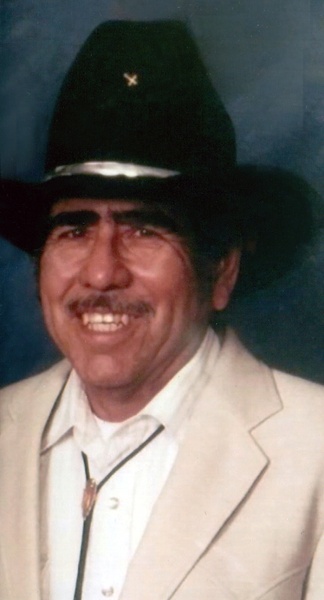 Viewing and visitation for Pedro Perez Martinez Jr., 81, of Lubbock will be from 12:00 p.m.to 8:00 p.m., Friday, January 22, 2021 at Calvillo Funeral Home Chapel with a rosary beginning at 6:00 pm. the same day.  Graveside Services will be 11:00 a.m., Saturday, January 23, 2021 at City of Lubbock Cemetery with Father Martin Pina officiating. All arrangements were made under the direction of Calvillo Funeral Home and Chapel.

Pedro left to join his Lord and Savior on Tuesday January 19, 2021.  He was born April 9, 1939 in Runge, Texas to the late Pedro Sr. and Nestora Martinez. He married Janie Brito on January 4, 1997 in Lubbock. Pedro was a hard worker and worked for Scotts Manufacture as a welder for many years, and was also a trucker.  He liked to dance, loved his horses and was a good family man.  Most of all, Pedro enjoyed being with his family.

Preceding him in death were his parents, a son Pete Martinez III, and a daughter Ruby Martinez.

To order memorial trees or send flowers to the family in memory of Pedro Martinez Jr., please visit our flower store.