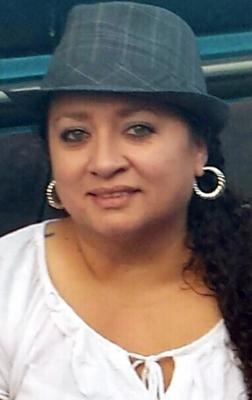 Obituary:
Rachel Ann Rodriguez 41 of Lubbock went to be with the Lord on Wednesday June 4, 2014. She was born on December 19, 1972 in Lubbock to the late Ernest (1997) and Mary (2008) Rodriguez. She attended Lubbock High School, and graduated from Texas Careers College. She had work for Dr. Batra for 12 years before joining the family of Covenant Medical Center as a medical assistant.
Rachel is survived by two sons, Israel Ledesma and Gabriel Gonzales both of Lubbock, a brother Daniel Arispe of Lubbock, seven sisters Rita Rodriguez ,Diana Arispe, Cynthia Ramirez all of Lubbock, Michelle Arispe, Melody Arispe and Josie Arispe all of Houston, Elvia Ramirez of Petersburg and four grandchildren.
Prayer services will be held Tuesday June 10, 2014 7 PM at Calvillo Funeral Home Chapel.
Funeral services will be held on Wednesday June 11, 2014 10 AM at Trinity Church with Pastor David Savage officiating being assisted by Rev. John Martinez.
Burial will be in Peaceful Gardens Memorial Park under the direction of Calvillo Funeral Home and Chapel.

To order memorial trees or send flowers to the family in memory of Rachel Rodriguez, please visit our flower store.