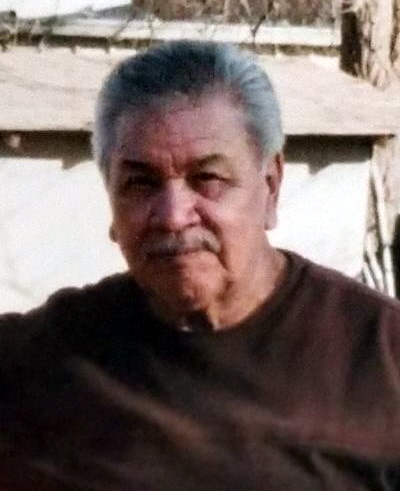 Viewing and visitation for Ramiro Cervantez Sr., 85, of Idalou will be from 1:00 p.m.to 8:00 p.m., Sunday, January 17, 2021 at Calvillo Funeral Home Chapel with a rosary beginning at 6:00 pm, the same day.  Graveside Services will be 1:00 p.m., Monday, January 18, 2021 at Idalou Cemetery with Father Dhass  officiating. All arrangements were made under the direction of Calvillo Funeral Home and Chapel.

Ramiro went to join his Lord and Savior on Thursday January 14, 2021.  He was born January 14, 1936 in Staples, Texas  to the late Deciderio and Theodora Cervantez. He married Minerba Chagolla in October 1958 in Lubbock. Ramiro was a hard worker and worked for the City of Lubbock in the Sanitation Department for many years.  He was a “Big” Dallas Cowboys fan. He also loved music; played the guitar, accordion and many other instruments. He was also a very good singer.  Ramiro was a selfless person who was always there to help anyone in need. Most of all, he loved to spend time with his family and wanted to assure his wife was taken care of as well.

Preceding him in death were his parents, a brother Moses Cervantez and a sister Guadalupe Cervantez.

To order memorial trees or send flowers to the family in memory of Ramiro Cervantez Sr., please visit our flower store.