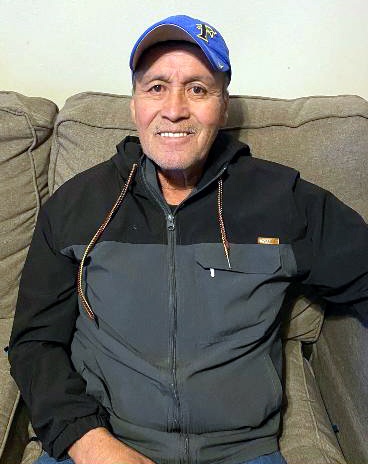 Raul was born August 24, 1960, in Corpus Christi, Texas to Fidencio Sr. and Maria Banda. On August 19, 1980, Raul went on to marry Emma Martinez in Littlefield. He worked for Vaughn Storage units for numerous years as a locker installer, he was known as a “great handyman” and was always willing to help anyone in need. In his spare time, he enjoyed barbequing, joking around, watching his grandchildren play sports, and playing with his dog “Brutus”. Raul was an avid fan of the Dallas Cowboys and loved cheering on the team to victory. However, his greatest joy in life was spending time with his family. They will always remember how “Raul may have looked intimidating, but he had the biggest heart and was just a big ole teddy bear.” He will be greatly missed by all whom knew and loved him.

He is preceded in death by his father Fidencio Banda Sr.

To order memorial trees or send flowers to the family in memory of Raul Banda, please visit our flower store.