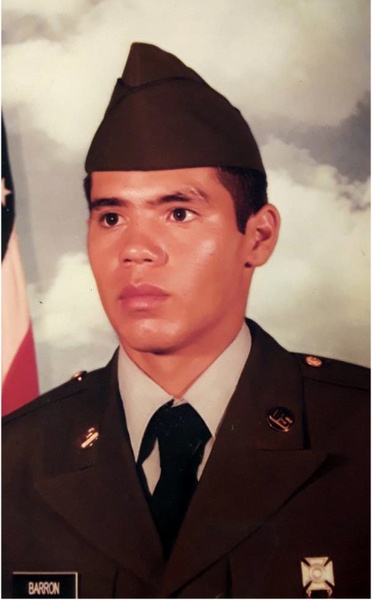 Rosary for Raul V. Barron, 56, of Lubbock will be on Sunday, November 3, 2019 at 7 PM by Deacon Martin Miranda at Calvillo Funeral Home Chapel. Viewing and visitation will start on Sunday at 10 AM till 9 PM. Funeral mass will be celebrated on Monday, November 4, 2019 at 10 AM at Our Lady of Guadalupe Catholic Church with Father Martin Pina officiating. Military graveside service will be in the Brownfield Cemetery under the direction of Calvillo Funeral Home.

Raul was born February 19, 1963 in Lubbock, Texas to Jesus Sr. and the late Esperanza Barron (2002). He worked in the building business as a construction worker for number of years.  He was a 1982 graduate of Dunbar High School and proudly served in the United States Army in the 82nd Airborne Division during the Gulf War Conflict. Raul had multiple interests in life but most of all he loved sports especially coaching and playing baseball. He was also an avid Dallas Cowboy fan; however, his greatest love was his family. “No matter the situation, the love Raul had for his family was Everlasting”.

To order memorial trees or send flowers to the family in memory of Raul Barron, please visit our flower store.