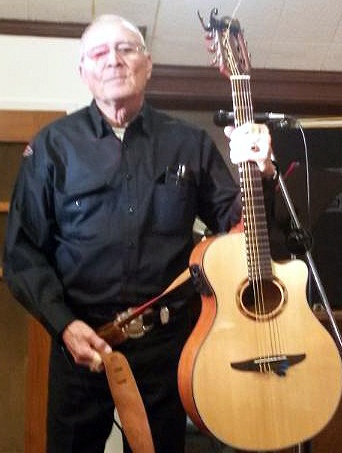 Visitation for Raymond Limón, 89 of Lubbock, will begin on Sunday, April 17, 2022, from 1:00p.m.-8:00 p.m. at Calvillo Funeral Home Chapel with a rosary beginning at 6:00 pm the same evening. Funeral Mass will be held at 10:00 a.m., Monday, April 18, 2022, at St. Joseph’s Catholic Church with Father Raymundo Manriquez officiating. Burial will follow at Peaceful Gardens Memorial Park Cemetery. All arrangements were made under the direction of Calvillo Funeral Home & Chapel.

Raymond went to be with the Lord on Wednesday, April 13, 2022. He was born on August 29, 1932, in West, Texas to Ynes and Maria Limón.  On August 11, 1951, Raymond married the love of his life Elvira Lujan in Big Spring, Texas, she preceded him on May 2, 2010.  Raymond was a hard worker and worked for Tx Dot as a Maintainer Operator for several years.  He was a devout Catholic and a lifetime member of St. Joseph’s Catholic Church choir from 1972-2019. His dedication to God and church and giving to charities monthly embodied his whole life.  He had many interests during his lifetime including music, playing the guitar, loved coaching, and playing baseball as well as mentoring others. Most of all he was a family man who was always there for his family whom he loved very dearly.

To order memorial trees or send flowers to the family in memory of Raymond Limón, please visit our flower store.