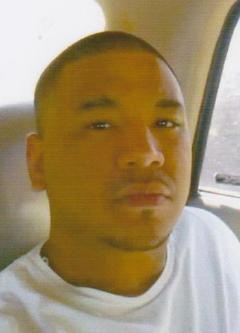 Rosary for Rocardo "Little Ricky" Barboza III will be today at 7 PM at Calvillo Funeral Home Chapel. Funeral mass will be celebrated on Saturday at 10 AM at St. Joseph's Catholic Church with Father Martin Pina officiating. Burial will be in Peaceful Gardens Memorial Park under the direction of Calvillo Funeral Home and Chapel.

Little Rick passed away on Sunday November 2, 2014 in Lubbock. He was born on July 14, 1990 in Hereford to Ricardo Barboza Jr and Gloria Cano. He was a construction employee for Allan Butler Construction. He was a life long resident of Lubbock. Little Ricky was an avid Dallas Cowboy fan. He enjoyed watching the games with family and friends.

To order memorial trees or send flowers to the family in memory of Ricardo Barboza, please visit our flower store.