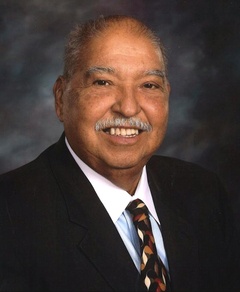 Robert was born on November 17, 1948 in Littlefield to the late Antonio and Irene Rodriguez. On June 2, 1973 he married his loving wife Perlita Leal in Lamesa, Texas. Robert received his Bachelors degree from Texas Tech. He later went onto to work for Texas Instruments and was a real estate investor. He was an active member of the community, serving as President of LEARN Board of Directors and served on the Lubbock Utility Electric Board. He was the District Director for LULAC District 1 and had served as President for LULAC Council 263 for many years. He was on committees for Los Hermanos Familia and Vamos a Pescar.

He is preceded in death by his parents, a son Jorge Rodriguez and a brother Ricky Rodriguez.

To order memorial trees or send flowers to the family in memory of Robert Rodriguez, please visit our flower store.