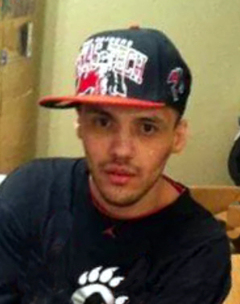 Robert Alexander Vick, 30 passed away Monday, November 3, 2014 in Flagler, CO.  Services for Robert will be 10:00 am Wednesday, November 12, 2014 at New Generation Apostolic Church with Pastor Joshua Lucio officiating.  Burial will follow in Peaceful Gardens under the direction of Calvillo Funeral Home.  There will be a prayer service held at Calvillo Funeral Home and Chapel starting at 5:00 pm.

Robert was born in Lubbock on September 20, 1984 to Ronald Keith & Carolina Vick.  He lived most of his childhood and teen years in Lubbock and later lived wherever his heart took him.

Robert was survived by his mother, Carolina Vick, his siblings, Carolyn Vick Rivas, Ronald Keith Vick Jr., and Angelica Cerna; two nieces; a nephew; one great niece; several aunts, uncles, and cousins.  Robert was well loved and will be missed but He will never be forgotten.

He was preceded in death by his grandparents and his father, Ronald Keith Vick.

To order memorial trees or send flowers to the family in memory of Robert Vick, please visit our flower store.