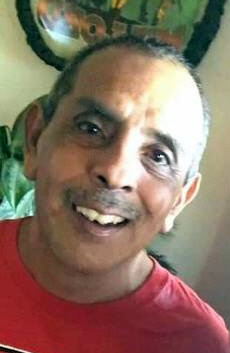 Viewing and visitation for Robert” Superman” Nombrana, 62 of Lubbock will be from 1:00 p.m.to 8:00 p.m. Thursday, December 3, 2020 at Calvillo Funeral Home Chapel with the Holy Rosary being recited at 6:00 p.m.  Graveside Services will begin 1:00 p.m., Friday, December 4, 2020 with Fr. Martin Pina officiating.  Graveside service will be in Peaceful Gardens Memorial Park. Arrangements were made under the direction of Calvillo Funeral Home.

Mr. Nombrana was called to be with the Lord, Friday, November 27, 2020. He was born on January 26, 1958 in Lubbock, Texas to Juan A. and Paz Nombrana.  Robert worked ten years with Scoggin Dickie automotive before coming to Frontier Dodge working in the parts department.  He grew up in Lubbock, Texas, he was Catholic and loved to live life to the fullest. He enjoyed watching football and was an avid Dallas Cowboy’s and Texas Tech fan. During his spare time, he liked collecting copper and cans. He was also “Superman” to all his nieces and nephews.

He is preceded in death by his father Juan A. Nombrana; sister Sally Frausto and a brother John Nombrana.

Due to local and state guidelines, facemasks will be required at all times during visitation and funeral services. Temperatures will be taken upon entering funeral home

To order memorial trees or send flowers to the family in memory of Robert "Superman" Nombrana, please visit our flower store.