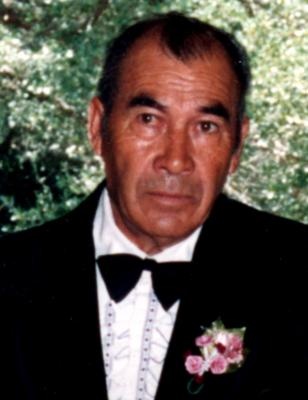 Obituary:
Funeral mass will be celebrated on Wednesday at 10 AM with Father Jim O'connor officiating. Burial will be in Peaceful Gardens Memorial Park under the direction of Calvillo Funeral home and Chapel.

Mr. Martinez died on Saturday April 27, 2013 in his residence. He was born on October 7, 1930 in Bracketville, Texas to the late Francisco and Elena Martinez. He married Elizabet Candella in Lubbock. He was a machine operator and a Catholic. He moved to Lubbock in 1958 from Brackettville.

Survivors include two daughters Dora Arismendez of Uvalde and Irene Martinez of Lubbock. Three grandchildren, five great grandchildren and a host of nieces and nephews.

To order memorial trees or send flowers to the family in memory of RoJelio Martinez, please visit our flower store.