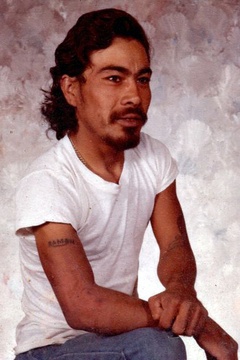 Roman went to be with the Lord on Friday, October 5, 2018. He was born on February 27, 1957 in Lubbock to the late Leonso and Celia Cantu. Roman was a 1976 graduate of Estacado High School. He loved to be around his family, especially his nieces and nephews.

He is survived by his brothers Juan Cantu, Rudy Cantu, Mike Cantu, Alonzo Cantu all of Lubbock, and Arnulfo Cantu of Austin, his sisters Consuelo Cantu, Teresa Rebele, Hortensia Deaver of Lubbock and Adela Garcia of Wolfforth.

To order memorial trees or send flowers to the family in memory of Roman Cantu, please visit our flower store.