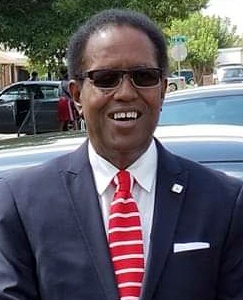 Services for Ronald Blakemore Sr., 65 of Lubbock will be held 11:00a.m. Saturday, January 19, 2019 at New Hope Baptist Church with Rev. Larry Polk officiating under the direction of Calvillo Funeral Home and Chapels. Visitation will be on Friday, January 18, 2019 from 3 PM till 7 PM at the Funeral Home

Mr. Blakemore was called to be with the Lord on Wednesday, January 16, 2019.  He was born on September 11, 1953 in Lubbock to Rubie Sr. and Clara (Colquitte) Blakemore.  He was a graduate of Estacado High School where he ran track and the University of North Texas.  Ronald was a booking agent for American Airlines for a number of years and had various interests in life which include being an avid Dallas Cowboy fan.  He also enjoyed traveling, studying history and always had a funny sense of humor that everyone enjoyed.

He is preceded in death by his father Rubie Blakemore Sr.

To order memorial trees or send flowers to the family in memory of Ronald "Ron" Blakemore Sr., please visit our flower store.