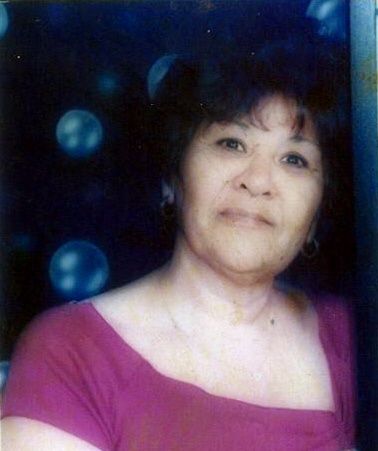 Rosa Campos, 70, passed away Friday , March 22, 2019 in Lubbock.  Funeral Mass for Mrs. Campos will be 10:00 am Wednesday, March 27, 2019 at Our Lady of Grace Catholic Church with Father Jim McCartney officiating.  All arrangements were made under the direction of Calvillo Funeral Home.  A rosary will be held 7:00 pm Tuesday, March 26, 2019 at Calvillo Funeral Home Chapel with a visitation starting at 10:00 am.

Rosa was born February 15, 1949 in La Feria, Texas to Francisco  & Aurelia Campos. She married Guadalupe Gonzales Jr. in Lubbock, he preceded her on May 25,1972. She was a home maker who loved to sew, crocheting, dressing up, cooking, dancing, music, shopping especially at the Goodwill store and spending time with her family.

To order memorial trees or send flowers to the family in memory of Rosa Campos, please visit our flower store.