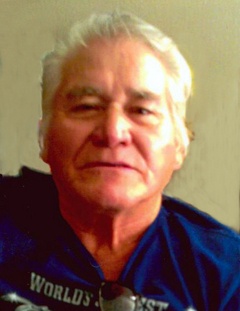 Mr. Flores passed away Friday, October 9, 2015 in Lubbock. He was born to the late Jesus and Esperanza Flores on June 1, 1946 in Brownsville. He married Frances Guzman on March 17, 1973 in Slaton. He worked as a farming migrant worker for many years. A man of many trades he also enjoyed working on and racing cars. He was a true Dallas Cowboys fan and loved spending time with his family.

He was preceded in death by his parents; two brothers Jose Flores and Efrain Flores; and a sister Magdalena Vasquez.

To order memorial trees or send flowers to the family in memory of Ruben Flores, please visit our flower store.