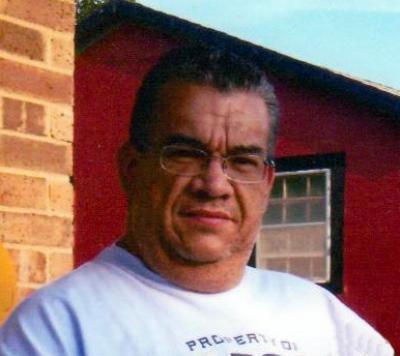 Obituary:
Salvador "Chava" M. Rosas, 50 passed away Thursday, May 29, 2014 at his residence. As his wishes were for his ashes to be spread over his parents grave; his family will be celebrating the life of Salvador, brother, uncle, cousin, nephew and friend to many at 10:00 am Saturday, June 7, 2014 at Abernathy Cemetery. The family invites all who would like to reminisce with them to a memorial at 5:00 pm at his sister's house located at 301 Pecan St., in Idalou. Cremation services were made under the direction of Calvillo Funeral Home.
Salvador was born May 12, 1964 in Abernathy to Domingo and Margarita Rosas.
He is survived by three brothers & sisters-in-law, Ben & Mary Rosas of Abernathy, Ruben & Irma Rosas of Petersburg, Roy & Ruby Rosas of Slaton; three sisters and brother-in-law, Alicia Martinez, Janie Rosas both of Amarillo, Margarita & Trine Soto of Idalou.
He is preceded in death by his parents, Domingo & Margarita Rosas and one sister, Mary Montes.

To order memorial trees or send flowers to the family in memory of Salvador Rosas, please visit our flower store.