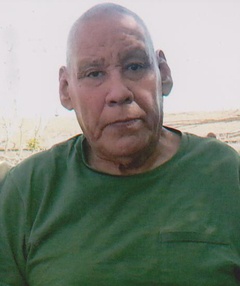 Santiago “Jimmy” Rodriguez was born on December 30, 1942 in Temple, TX to Eusebio and Flavia Rodriguez. He embraced eternal peace with the Lord on Monday April 6, 2015 in Lubbock. He worked as a salesman for Sele Insulation for many years and enjoyed watching the San Antonio Spurs.

He is preceded in death by his parents; two brothers, Matilde Rodriguez and Frank Rodriguez; one sister, Yolanda Rodriguez.

Visitation will start Tuesday April 7, 2015 from 10 a.m. to 9 p.m. Rosary will be held on Wednesday, April 8, 2015, at 7 p.m. at Calvillo Funeral Home Chapel.  Funeral mass will be celebrated on Thursday, April 9, 2015, at 10 a.m. at St. Joseph Catholic Church with Father Martin Pina officiating.  Burial will be in Peaceful Gardens Memorial Park under the direction of Calvillo Funeral Home and Chapel.

To order memorial trees or send flowers to the family in memory of Santiago Rodriguez, please visit our flower store.