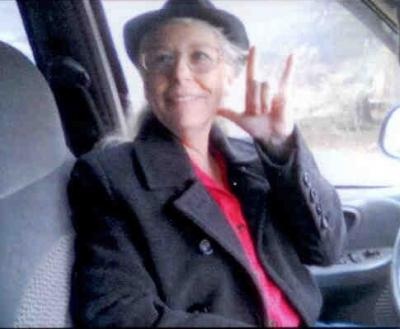 Obituary:
Sheena Marie Buckmaster, 66 passed away Thursday, August 22, 2013 at her residence. Services for Mrs. Buckmaster will be 5:00 p.m. today August 26, 2013 in The Chapel of Broadway Funeral Directors located at 1901 Broadway. Graveside services will be 2:00 pm Thursday, August 29, 2013 at Newport Cemetery located in Newport, Texas under the direction of Broadway Funeral Directors.
Sheena was born August 19, 1947 in Lubbock County to Alfred Leland and Marjorie Elaine Horne. She graduated from Lubbock High school in 1965 and later married Ronnie Carroll Buckmaster on November 2, 1978 in Lubbock. She worked as a Postal Clerk for the United States Post Office for 35 years before retiring and enjoyed quilting, fishing and spending time with her beloved family, children, and grandchildren.
She is survived by her husband, Ronnie Carroll Buckmaster of Lubbock; one son, Dwayne Goldwater of Lubbock; two daughters, Gayle Marie Armstrong of Wylie, Sydney Karole Marie Buckmaster of Devine; one brother, Alfred Lance Horne of Lubbock; two grandchildren,
She is preceded in death by her parents and one brother, Leland Rodney Horne.

To order memorial trees or send flowers to the family in memory of Sheena Buckmaster, please visit our flower store.