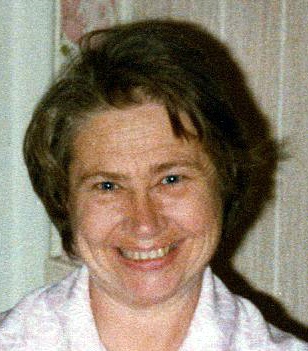 Sue Elizabeth McGough Veal died peacefully in her sleep at the University Medical Center in Lubbock, Texas, on the evening of February 22, 2022, following a prolonged illness.  Sue was born to Mildred Elizabeth McGough and Samuel Marshall McGough in Chicago, IL, on March 28, 1935.  In 1949 the family moved to East Washington, PA, and she graduated from East Washington High in 1952, then attended Beaver College in Jenkintown, PA, graduating in the class of 1956.

Sue began a distinguished teaching career in Livingston, NJ, and then in Washington, PA.  She was a Master Teacher for the University of Michigan and taught for eight years in the Ann Arbor public schools.

On August 11, 1967, Sue married David Lee Veal in the Chapel of Northwestern Military and Naval Academy, Lake Geneva, WI, where David was teaching and where her brother and her father had attended.   Sue and David began married life in nearby Williams Bay, WI, and their first child, Edward Marshall Veal, was born while they were there. The next  year the family moved to Sewanee, TN, were David attended the Episcopal School of Theology and where their second child, Mary Elizabeth Veal, was born.  In the fall of 1971 the little family moved to Eutaw, AL, where David was the rector of the local Episcopal Church.

In the fall of 1973 the family moved to San Antonio, TX, where Sue's husband assumed the duties of Diocesan Director of Campus Ministries and Sue resumed her teaching career, teaching at St. David's Episcopal School and later at Resurrection Episcopal School and  then at Dorie Miller Public School. In 1987 the family moved to Lubbock, TX where David took a position with the Episcopal Diocese of Northwest Texas. For two years Sue was the Director of Religious Education for St. Paul's on the Plains.

Perhaps her proudest accomplishment came when she received a substantial grant from the State of Texas to initiate a pilot for underprivileged mothers called Responsible Reinforcement in Parenting (RRIP). The program that later spread throughout much of the Nation.  After two years the program was assumed by the Lubbock Housing Authority and from there it began to spread throughout Texas and beyond.

One of Sue's happiest accomplishments while living in Lubbock was in the nearby town of Lamesa where, employed by the local Episcopal Church, she developed and launched a program  for children with learning difficulties. It was adopted by the Lamesa ISD and turned over to a full-time teacher in 1995.

In 1992 she dreamed up a program that was adopted by the Episcopal Diocese of Northwest Texas and which she implemented at the Quarterman Conference Center near Amarillo.   It was a non-denominational camp for underprivileged children, called "Happy Camp."  In February 2000 she received a regional Texas MHMR Community Service Award for her work with Happy Camp.  She continued to oversee that program until poor health intervened and she turned it over to the Director of the Quarterman Conference Center.

In 2017 Sue and David moved from their home for thirty years on 55th and Boston Ave and into a retirement cottage at Ventura Place in Lubbock and there Sue spent her last years in happy retirement.

To order memorial trees or send flowers to the family in memory of Sue Veal, please visit our flower store.