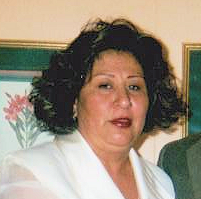 Sylvia was born April 27, 1958 in Lubbock to Johnny & Theodora Rodriguez.  She married Trine Lovato on January 11, 1975 in Lubbock and was a home maker.   She enjoyed dancing, watching her novelas and spending time with her family and grandchildren.

To order memorial trees or send flowers to the family in memory of Sylvia Lovato, please visit our flower store.