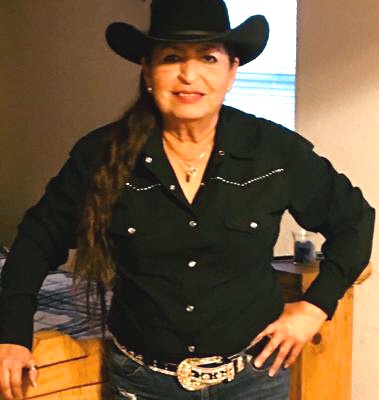 Teresa Serna Soto, 62 of Lubbock passed away Wednesday, December 8, 2021.  Visitation will begin Monday, December 13, 2021, at Calvillo Funeral Home Chapel (Lubbock) from 2:00 p.m.–8:00 p.m., with a rosary beginning at 6:30 p.m. the same evening. Funeral Mass will be, 10:00 a.m., Tuesday, December 14, 2021, at Our Lady of Guadalupe Catholic Church with Father Martin Pina officiating. Arrangements were made under the direction of Calvillo Funeral Home and Chapel.

Teresa was born March 27, 1959, in San Antonio to the late Gilbert and Maria Soto. Teresa was a 1976 graduate of Estacado High School. She worked as a truck driver and delivered parts for O'Reilly Auto Parts for numerous years. In her past time, Teresa enjoyed playing pool, dancing to Tejano and Country music. She had a deep love for horses and enjoyed learning about the Native American and Wild West Cowboy culture. Teresa was an avid Dallas Cowboys, Texas Tech Red Raiders and San Antonio Spurs Fan. However, her greatest joy in life was her family, they will always remember how she was the very heart and soul of the family. Teresa will be greatly missed.

She is preceded in death by her parents Gilbert and Maria Soto.

To order memorial trees or send flowers to the family in memory of Teresa Soto, please visit our flower store.