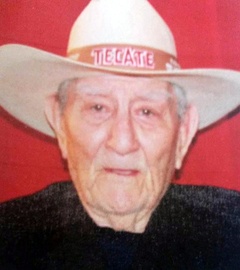 Tiodulo was born February 17, 1922 in Presidio to Demetrio & Josefa Rodriguez. He worked as a farm laborer for many years.  He was a hardworking man who enjoyed gardening, dancing and singing.

To order memorial trees or send flowers to the family in memory of Tiodulo Rodriguez, please visit our flower store.